Gun control is a hot topic no matter what side of the fence you’re on, and if you’re thinking about getting a gun, it’s your responsibility to understand the law.

A handgun permit is something that most states require for their inhabitants one way or another, but with so many varying laws and regulations, it can get confusing.

Do you need a gun permit in all 50 states?

Although it’s possible to purchase a gun in the United States without a permit, to concealed carry a firearm may require a permit.

The laws for each state differ in this regard and range from shall-issue to may-issue and even total prohibition, and everything in between.

A handgun permit isn’t hard to acquire if you meet the criteria, but what that entails and what type of permit is needed will differ drastically from state to state.

This guide covers all of the common questions people have about permits you’ll be better equipped to understand your responsibilities.

Why Do You Need a Handgun Permit?

In the United States, it’s not a requirement in all 50 states to hold a permit just to purchase a handgun. However, most states and retailers decree that customers of a public retailer must pass a background check in order to do so.

The reason for these background checks and permits is so that guns can only be purchased by responsible people, which makes ownership of them safe for everyone.

With these laws in place requiring various things, it’s ensured that firearms can’t be just purchased by anyone at any time.

Firearm licensing laws also have other benefits like preventing gun trafficking, reduction in violence and fatalities caused by guns, and the ability to ensure gun ownership remains a right of American citizens.

With some form of legislation in place and continued background checks and licensing where required, responsible gun ownership is more likely.

Can I Own a Handgun in the US?

In the United States, there are currently four different types of permits or license required to own or purchase a firearm and these are enacted at a state level.

The categories and states that operate under these laws are as follows:

The permit to purchase licensing scheme means that any potential owner of certain firearms must apply and be granted a permit before they can do so.

The 10 states that currently use this type of firearm licensing are Connecticut, Iowa, Maryland, New Jersey, Hawaii, North Carolina, Rhode Island, Nebraska, Michigan, and Massachusetts (for handguns only).

There are only three states that require a license to own firearms, with the biggest difference being this license must remain valid as long as they possess it.

The three states are Illinois, Massachusetts, and New York, with NY only requiring it for a handgun.

California and Washington are the only two states that require a firearm safety certificate before purchasing firearms. In California, you need one for all types of firearms and in Washington, it only applies to semiautomatic rifles.

The certificate must be shown at the time of purchase, which proves that you have complete firearm safety training that proves your responsibility.

The District of Columbia is the only jurisdiction that uses the registration as a form of license requirement.

The registration law covers this and it means before possessing the firearm, a person must gain a registration certificate, and sometimes, you will need to physically take the firearm to be registered in person.

Permits and Licenses for Selling Handguns

A retailer or individual wishing to sell firearms will need to apply for and be granted a Federal Firearms License, or FFL, under the Gun Control Act of 1968. The process for this type of permit is as follows:

Once you have a gun license, you can then purchase a handgun. Even if you don’t require a permit where you live, the process will be much the same at a gun store. It all starts with a background check on the individual which is done through the National Instant Criminal Background Check System (NICS).

This database scans through three federal databases, including the NICS Index, the National Crime Information Center, and the Interstate Identification Index looking for a match from the customer.

If you pass this, you’ll need to fill out a form issued by the Bureau of Alcohol, Tobacco, Firearms, and Explosives with personal details like name, address, and date of birth, and citizenship status.

If you’re purchasing a gun through a secondary market, like a private seller, there’s no need to perform a background check.

These sellers are also not required to ask for identification or make any type of record of the purchase. Some examples of this include at a flea market or a gun show, which is why it’s commonly referred to as a ‘gun show loophole’.

Once the necessary checks have been completed, you will be allowed to take home your new firearm, provided the law says so.

As there’s no federal legislation on waiting periods, so if a dealer wishes to, they can transfer possession to the buyer as soon as their background check has cleared and they’ve paid for their firearm.

In addition to needing a permit to buy a gun in some states, you will also need to consider concealed carry permits.

Concealed carry is the act of carrying a gun on your person and keeping it concealed, which differs from an open carry where the weapon is visible to those around you.

Most states in the US will require a citizen to have a permit in order to carry a handgun, so if you plan on taking it out of the safe at home, this means you.

Each state has its requirements though, for both concealed and open carry, but this usually only applies to handguns and not other firearms.

In Alaska, Arizona, Wyoming, Vermont, and some parts of Montana, you do not require a permit to carry a firearm.

This means you can carry concealed as you wish, which contrasts greatly to Illinois which is restricted and does not allow concealed carry under any circumstances.

Furthermore, New Jersey and Massachusetts are the only two states that also require something for those wishing to carry rifles and shotguns.

In these areas, you must have a current form of ID or identification for your firearms to carry them around, so you can see how licensing differs across the country.

Transferring the Permit to Other States

As a firearm owner, you must follow the laws of the state that you are currently in. this means even if your state doesn’t require a permit to concealed carry but the one you are visiting does, you have to adhere to it.

In some cases, firearms laws have reciprocity with their concealed carry permits and may transfer the legislation across, and others will not recognize any form of out-of-state permit.

A popular example is that Oregon will not recognize anyone with a permit from Idaho but Idaho will recognize one from Oregon, which makes it even more confusing.

Therefore, it’s the duty of the gun owner to do their research before leaving their state and understand what’s required of them, even if they are simply traveling through and not leaving their vehicle.

Not being aware of the laws or any form of reciprocity is not a good enough excuse for breaking the law, especially when it comes to firearm licensing and legislation.

Shall Issue vs May Issue Permits

When you’re researching carry permits for handguns in the US, there’s a good chance you’ll come across the terms ‘shall issue’ and ‘may issue’. This refers to whether the issuing authority in your state has restrictions on the permits they provide to citizens.

A shall issue permit means if someone is able to pass the requirements set out by the law in their state, they are automatically granted a permit. The issuing authority could be any party from a police department to a county sheriff.

A may issue permit is slightly different and could be harder to obtain. In this case, if you’re able to pass the requirements set out by the law and issuing authority, they may issue you one.

Other factors will come into play here and there’s no guarantee that you’ll be given a permit to carry just because you passed the basic requirements.

The requirements also differ from state to state and depend on whether it’s a shall issue or may issue jurisdiction.

These include the pass of a firearms safety course, permission to undertake a background check, the customer’s age, whether they have their fingerprints recorded, and if they provide a photograph of themselves.

The Right Permit For You

A handgun can be purchased for a whole host of reasons, but you must follow licensing legislation in your state to do it right.

As a responsible gun owner, it’s your job to know the law and make sure you follow it so you can use your weapon safely, otherwise, you’ll be made to deal with the consequences.

A gun permit is a must for any US citizen in a state that requires it, but there are plenty of finer details to make yourself familiar with to understand licensing laws further.

If you still have questions about permits and gun ownership, we’ve answered some FAQs that might be able to point you in the right direction.

What Age Can You Buy a Shotgun?

State laws require people to be at least 18 years old before they’re able to purchase a shotgun, and the same goes for rifles and ammunition.

Each state is allowed to raise the age restrictions if they choose to, but they cannot lower it under 18 years as it’s the federal minimum.

What Disqualifies You From Owning a Gun?

During a federal background check for gun ownership, factors like being a fugitive from justice, committing certain crimes, addiction or unlawful use of a controlled substance, and an adjudicated mental health order will result in a denial.

There are currently 12 reasons that can be applied when denying a gun ownership request.

What is the Most Gun Friendly State?

Alaska is consistently rated as the most gun-friendly state in the US and still is today, with rankings factoring in things like waiting periods for weapons and mandtory background checks.

Other highly ranked gun-friendly states include Wyoming, Arizona, and Oklahoma, according to data compiled by AZ Defenders in a recent study. 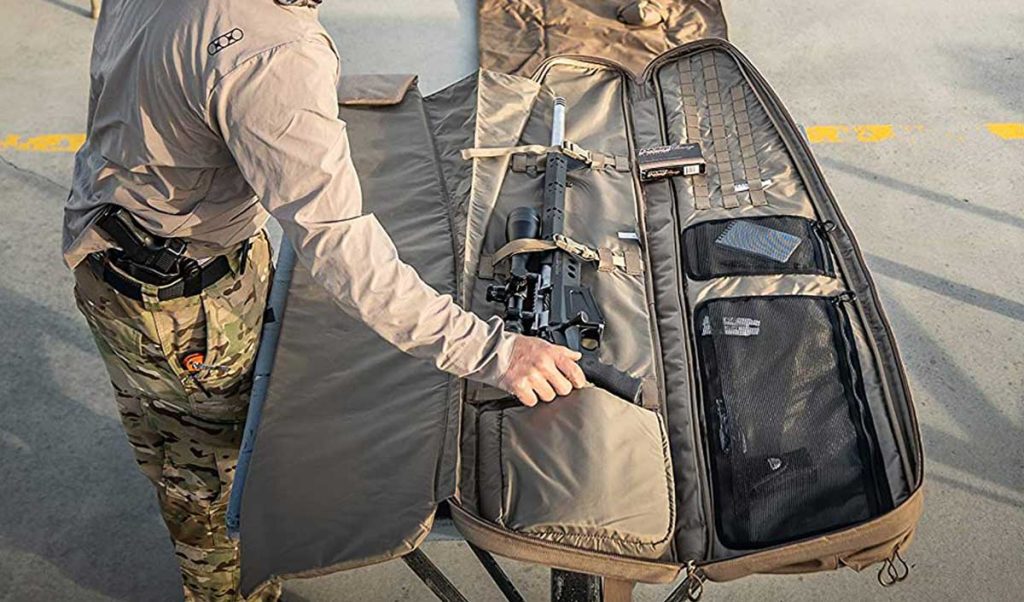