When it comes to gun categories, two of the biggest names in firearms are arguably shotgun and rifle.

Although popular, each of these guns is made differently, has unique uses and areas they excel in, and operate entirely differently from one another.

What’s the difference between a shotgun and a rifle?

The key difference between these two firearms is that a rifle shoots bullets towards a single target and a shogun shoots small balls in a wide space.

In addition to this, they offer different things in magazine capacity, accuracy, design, customization, and more.

The shotgun vs rifle debate comes up often when you’re searching for a gun, and there’s a whole lot that each of them has to offer.

We’re here to get into the finer details and see how they compare in mechanisms, ammunition, ease of use, and pros and cons, so you’ll know whether a shotgun or rifle is best.

The Pros and Cons of Shotgun vs Rifle

There’s no single gun out there that’s suitable for every person and every use, so if you’re tossing up between a rifle and a shotgun, you need to know what they can offer you specifically.

We’ve rounded up some of the obvious pros and cons that these firearms come with, so you’ll know what matters most.

Pros of a Shotgun

Cons of a Shotgun

How They Differ in Mechanisms

The best way to get a handle on just how different a rifle is from a shotgun is by looking at its mechanisms and operation.

Although they are similar in how they’re fired initially, they do differ slightly.

How Does a Shotgun Work?

How Does a Rifle Work?

Unless you’re a professional marksman, the ease of use of a particular type of firearm will be of paramount importance.

Shotguns and rifles require different things in order to pull off an accurate and powerful shot, but in terms of being the easiest, a shotgun is king.

The simplest of all shotguns is the semi-automatic, as it requires the least amount of work from the shooter, and it’s for that reason that many people use it as their weapon of choice for home defense.

However, the pump action is also popular, reliable, and easy to master, although does require some additional training to master the bolt release mechanism.

Rifles are harder to get a handle on at first, but once you’ve learned them, they’re easier to make a precision shot.

Again, choosing a semi-automatic rifle is the best approach if you’re unsure about handling a firearm, but you should still get adequate training and keep up to date with correct firearm use to be safe and effective.

Any responsible firearm owner knows the importance of keeping their gun cleaned, lubricated, and properly maintained, even if it’s not in use.

When comparing the shotgun and rifle though, they are both similar in how they’re cleaned but depending on the specific type of gun and what type of clean you’re giving it, this can vary.

Regardless of whether you have a shotgun or rifle, some rules apply to both.

They rely on most of the same equipment to clean them, they should be cleaned and lubricated following any use, and even if they’re sitting unused in your gun safe, they need to be tended to at least every six months.

There are serious risks posed when you fail to clean a gun, including a rifle or shotgun.

Issues like residual fouling buildup and moisture build-up can all affect a gun’s accuracy and safety, so it needs to be a top priority irrespective of the type of gun you own.

Ammunition Choices for Shotguns and Rifles

Ammunition can have just as much of an impact on a firearm as the gun itself, and when you compare rifles and shotguns, they differ quite a bit.

At their core, the biggest difference between the two is that a rifle shoots a bullet and a shotgun shoots a cartridge, also known as a shotshell.

A rifle is also known to have a greater ammunition capacity, with a standard model holding a 30 round magazine, compared to the shotgun which can be as small as a single shot or more commonly, five.

The difference here will depend on the shooter and their preference, as well as what the gun is being used for, so there’s no clear winner.

One major similarity between rifles and shotguns is that the bore of the firearm’s barrel will determine exactly what caliber of ammunition is required.

There are countless options for magazine types and cartridges within each of these though, so you’re it’s virtually limitless in what outcome you can get.

The Best Choice for Home Defense

One of the most common uses for a firearm in the US is for self-defense and protecting the home.

If you’re looking primarily for a gun to keep close by so you can be ready for anything, the rifle and the shotgun each bring something unique to the table.

The advantage of using a rifle for home defense is its high-speed projectiles, which would come in handy when you have to think quickly if an intruder enters your home.

They’re also known for being reliable as long as you take care of it, so the risk of something going wrong during a crucial moment is low.

A shotgun has a lot of benefits to offer as well, with the biggest being how effective it is at delivering energy to a soft target and how much easier it is to use.

If you’re dealing with someone in short-range and need to ensure one-shot will take them down, using something like a 00 buckshot is ideal.

The setup of your home and where you plan on storing your gun should also be factored into.

If you believe you’ll need to shoot a target hundreds of yards away, a rifle might be ideal, however, for something up close and personal, the shotgun is ideal, and threatening to stare down the barrel of.

Rifle or Shotgun for Hunting?

Ask any hunter what their weapon of choice is, and you’ll likely hear a range of different answers.

When it comes to the rifle or shotgun, they’re the preferred choice for many hunters, but for different reasons and targets.

Hunting with a rifle is usually preferred because it works with mid to long-range targets and can deliver a more precise shot to take down a larger game.

The rifle is also good for beginners and target practice, so you’re looking for your first hunting gun, an all-round rifle is our recommendation.

Using a shotgun to hunt is best when you need to utilize its spread pattern and cover more ground.

The best hunting targets for a shotgun are small to medium prey ranging from waterfowl to turkey, although there have been some successful hunting trips that managed to take down larger game.

The Best Gun for the Job

In the grand scheme of firearms, the rifle and shotgun are leaders of the pack, but to determine the right one for you, you’ll need to think about where they excel.

Whether you’re looking for a self-defense tool, hunting companion, or something to practice target shooting with, you’ll find it with one of these legendary guns.

If you’re weighing up options for your next firearm and thinking about choosing a shotgun or rifle, there’s a lot to consider.

We’re here to help with some more questions and answers about these types of popular weapons and what you can expect from them.

Do All Shotguns Have a Safety?

Most shotguns have safety, with the two most common types being cross-bolt safety and slide safety.

The type of shotgun will usually determine the safety it uses, with models like pump-action using the cross-bolt, and the break-action variety being equipped with a slide safety.

Can A Shotgun Explode?

A properly maintained firearm and one that has been loaded with the right ammunition should not explode, especially considering they are low-pressure weapons.

However, the presence of some sort of bore obstruction on the barrel may cause it to explode, but the chances are slim.

Is It Important to Break in a Rifle Barrel?

The process of breaking in a rifle’s barrel is important in new weapons and it ensures you get improved accuracy and a more consistent use thanks to a smoother barrel bore.

To ensure you’re doing it correctly before you start using your gun, consult the owner’s manual that comes with the firearm. 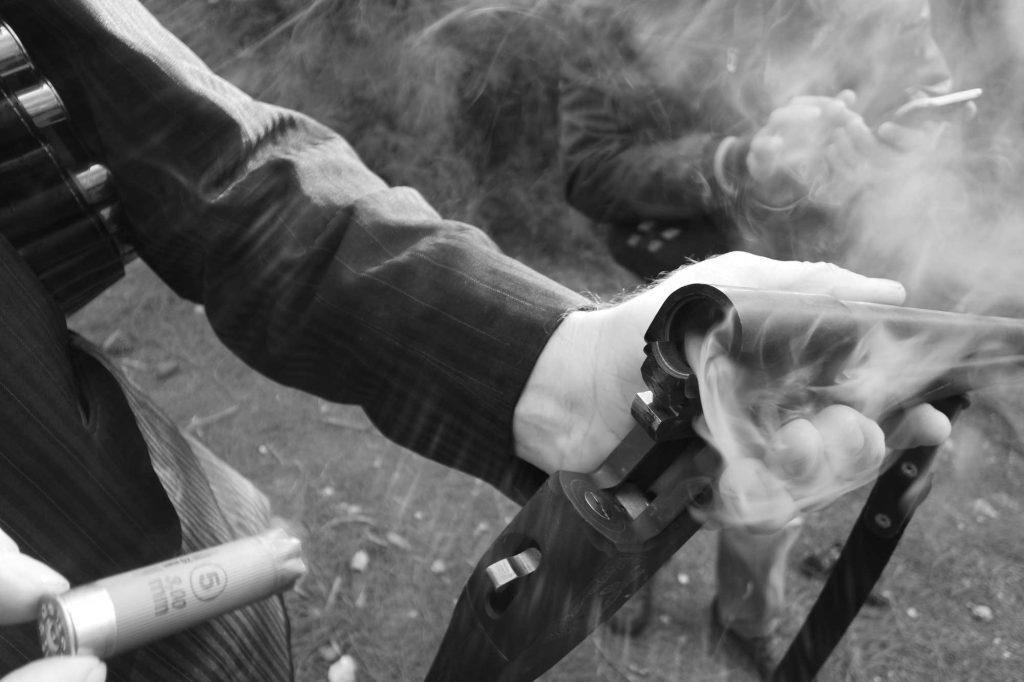